Spaces are available to hire daytime, evenings and weekends. Our spaces are suitable for a range of Dance and Drama activities as well as for meetings, teaching and training, Yoga, martial arts, youth groups and so on. We can also offer desk or office space for artists or art based companies. Spaces are available for regular or block bookings, please contact the office for details.

Is located at in Kemptown and is 5 minutes from the centre of town and 20 minutes walk from Brighton station.

Is located in central Hove and is 12 minutes walk from Hove Train Station.

I rehearsed a play for 3 weeks in ACT in July and I was immediately struck by what a fantastic building it was.
Paul Hodson, Brighton Theatre Events

Thank you on behalf of Spymonkey for enabling our company to spend time at ACT. It is vital for creative companies to have space to work together, in peace and at their own pace. The rates you currently charge are affordable for artists and the atmosphere is conductive to creative work.
Lisa Wolfe, Spymonkey Ltd 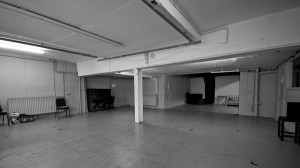 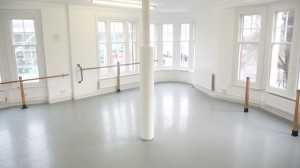 The room is an irregular shape but measures 7.2m by 8m. High ceiling.

The room is an irregular shape but measures 7m by 6.5m at its widest point.