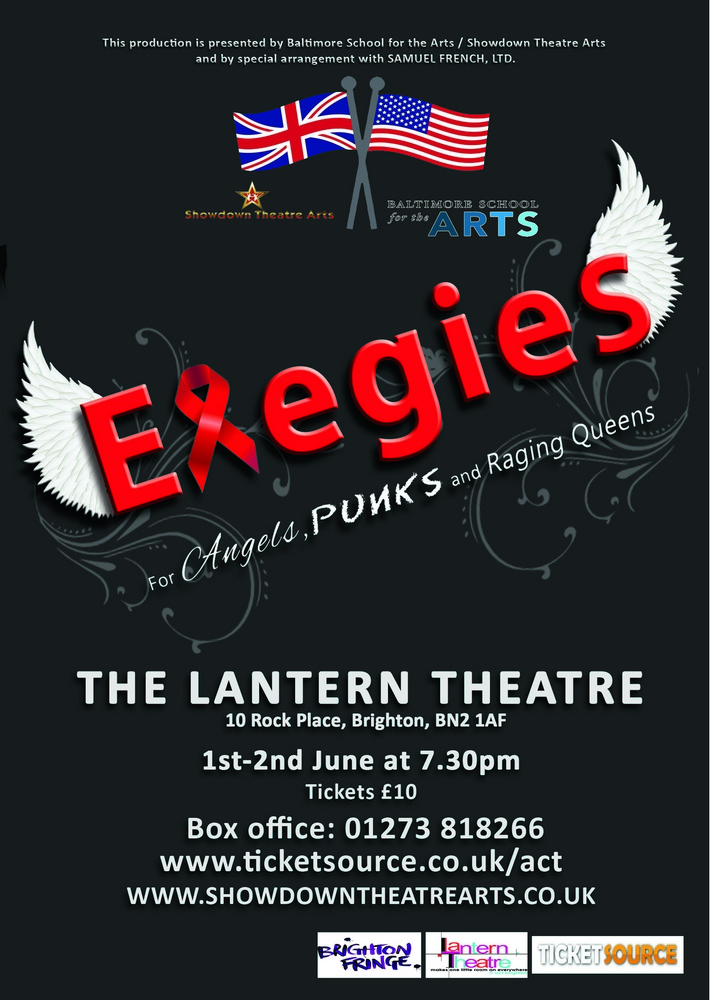 “Elegies for Angels, Punks and Raging Queens’, a dramatic, powerful and emotionally intense piece inspired by the AIDS memorial quilt and celebrates those who have lost their lives to AIDS. A series of heart-rending monologues and songs representing the feelings and stories of 30 individuals from all walks of life including those who contracted the virus from various sources during a time when little was known about how to cure it and also of friends and family members dealing with the loss, told in free verse with a blues, jazz and rock score.

Performed by an international cast from Showdown Theatre Arts and Baltimore School for the Arts, led by a team of directors and creatives from the UK and US including the recently ‘Tony’ nominated Donald Hicken and musical direction by Michael Sheppard.”