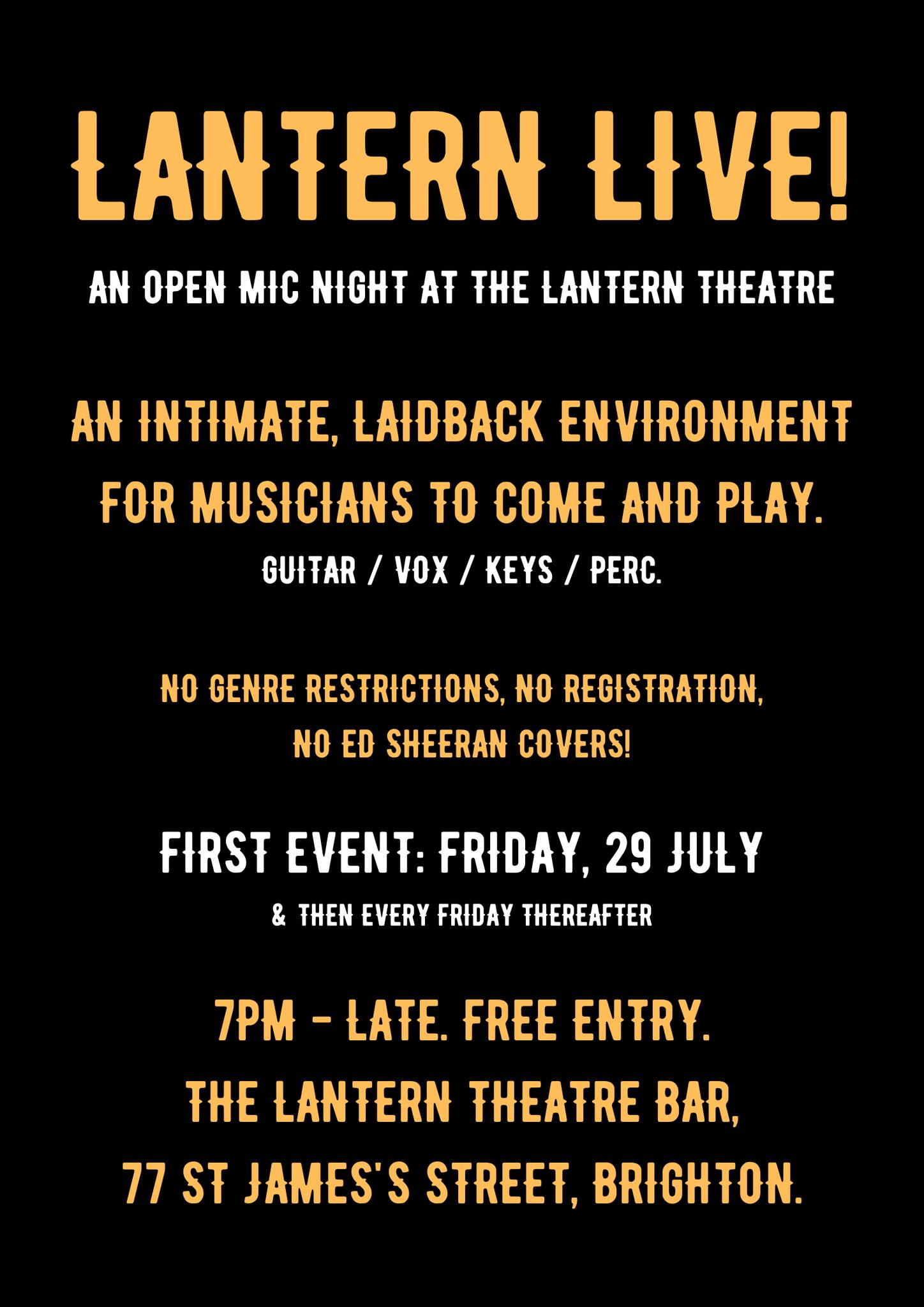 Welcome To The Lantern Theatre

The Lantern Theatre is versatile and flexible performance space in the heart of Brighton, Sussex. We programme a wide range of theatre and performance as well as being the home venue of ACT Brighton the south coasts premier Drama School.

We are very pleased to announce that we have now expanded our premisies and have a new entrance to the theatre at 77 St James Street, as well as a lovely new bar.

ACT is the only Drama School on the South Coast offering a professional actor training. ACT consistently achieves a Graduate employment rate of 65%.

Our ethos is to provide access to professional Drama Training and acting classes for talented individuals who have been unable to follow traditional routes into the acting profession through lack of academic qualifications, financial restrictions or family responsibilities.

Courses run during the evenings and weekends so that students can earn a living or maintain family commitments. Students must be 18+ to apply to the Diploma in Acting and 16+ for the Foundation in Acting and all other adult courses. There is no upper age limit.

AKT - Act Kids Theatre runs on Saturdays during term time and is open to students 6 to 18 years old.