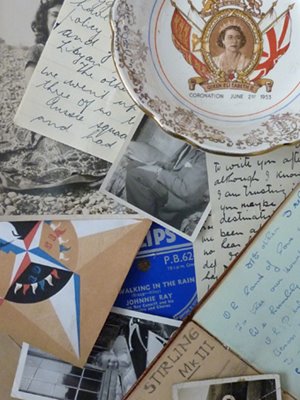 During the early years of the second world war two evacuees meet in a small Wiltshire town where a friendship and love affair begins that will last a lifetime.

When, sixty years later their love letters and other correspondence are rediscovered, it soon becomes clear that whilst war brought them together, peace could have torn them apart.

This new drama written and performed by local writer John Martin Stevens, weaves together real events with imaginative and at times heartfelt storytelling as a son discovers that history is indeed written by the victor.