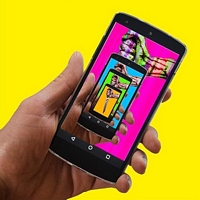 A stark, fast-paced and fraught play about political upheaval and the media’s relationship with civil violence and terrorism in modern Britain.

A peaceful politician is slain on the streets of Vida’s hometown. Reeling from the tragedy, Vida embarks on an increasingly dangerous mission to confront the rise in bigotry and fascism.

But just as she feels most alone, she discovers there are others who feel the same as her – and now the deadly potential of their combined power is about to be unleashed.